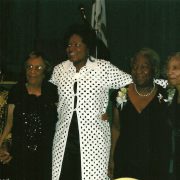 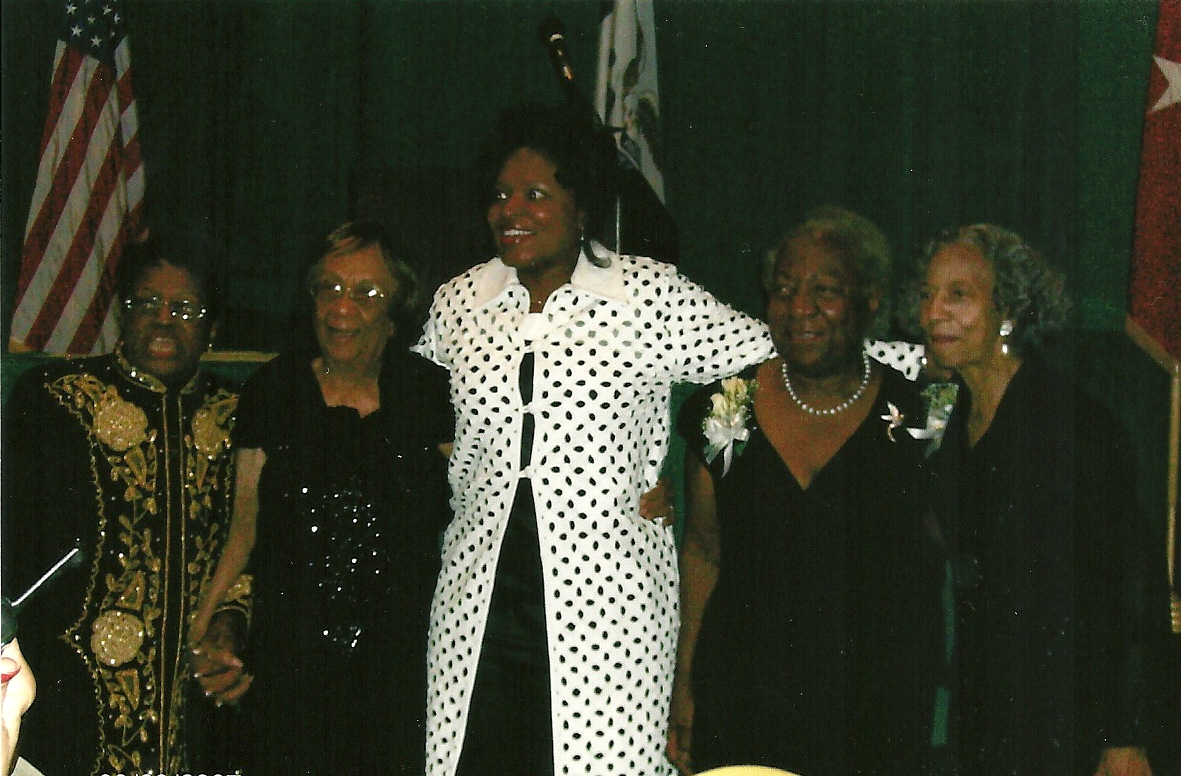 Each year, the African American Museum of Iowa recognizes African American men and women from the state of Iowa who have made history. These people have, by their actions, modified the course of history, imparting knowledge and impacting the communities where they live. Through their existence and influence, history is forever changed. In 2007, AAMI recognized Anna Mae Weems, Catherine Gayle Williams, LaMetta Wynn, and Willie Glanton. They are pictured here with Romonda Belcher, who just a few years later would also make history, becoming the first black, female judge in the state of Iowa. Each of these incredible women have contributed to shaping the history of our state and our communities, each of them pioneers within their fields. Take a look below to learn more about each of their amazing stories.

Anna Mae Weems was born in Waterloo, Iowa in the mid-1920s. A passionate advocate for civil rights, Anna Mae joined the fight against racial discrimination as an active leader in the Civil Rights Movement. She participated in many civil rights demonstrations and helped bring Dr. Martin Luther King Jr. to Iowa in 1959. A union organizer at Rath Meatpacking, Anna Mae joined Dr. King and labor leaders in the 1968 Sanitation Workers’ Strike in Memphis, Tennessee. Anna Mae Weems later became the first African American woman to serve as the Director of the Iowa Workforce Center for the State of Iowa.

Originally from Des Moines, Catherine Gayle Williams was born in 1914 and graduated from North High School in 1932. She spent several years as a professional dancer, before pursuing business, bachelor’s and master’s degrees. Catherine worked for the State of Iowa for 33 years. Although she started her career with the State as a typist, she rose to become the Deputy Commissioner for the Iowa Department of Social Services. According to the Iowa Department of Human Rights, Catherine was the highest-ranking African American female in the state government, and one of the highest ranking in social services nationally. She received many awards and recognitions during her life including a honorary doctoral degree from Simpson College and in 2010, a local chapter of the National Association of Social Workers named an award in her honor. Catherine passed away in 2020 at the age 105.

Romonda Belcher is a notable figure for many reasons, but particularly that she is Iowa’s first black female judge. Born in Plymouth, North Carolina, Judge Belcher attended Drake Law School, having completed her undergraduate degree at Howard University. After 15 years in the Polk County Attorney’s office, she was appointed to the bench in 2010. She became the first black female judge for the state of Iowa and continues to serve in this capacity today. 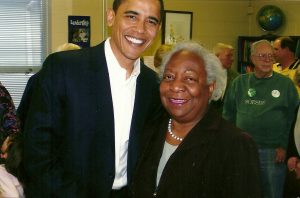 LaMetta Wynn was born in Galena, Illinois, but moved to Iowa in 1955 to pursue a career in nursing. Throughout much of her life, LaMetta worked as a nurse while also raising ten children and serving on her local school board. In 1993, she ran for a different office: mayor of Clinton, Iowa. Although she finished third out of the five candidates, LaMetta decided to run again in 1995. That year, she beat four male candidates to become the first black woman to hold the office of mayor in the state of Iowa. She would go on to serve three terms as mayor.

In 1922, Willie Stevenson Glanton was born in Hot Springs, Arkansas. After completing both bachelor’s and law degrees, Willie moved to Iowa in 1951. Two years later, she became the second African American woman to be admitted to the Iowa bar association. In 1956, she became Iowa’s first African American woman to serve as an Assistant County Attorney. Eight years later, she would make history again by winning a seat in the Iowa House of Representatives, making her also the first black woman elected to the Iowa General Assembly. Because of her remarkable achievements, Willie was inducted into the National Bar Association Hall of Fame in 1995. 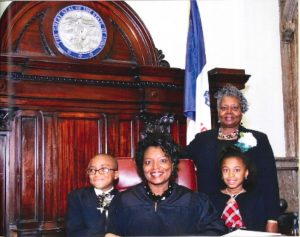 Each of these remarkable women shaped the course of our history through their accomplishments. Their impact on the state was not without sacrifice, hard work or tenacity. Speaking on her ambition to become a judge, Romonda Belcher once said, “To realize my dream, even though it had never been done in the state of Iowa, is a great achievement. It’s also hard to do or be something no one has ever seen before. It’s a huge weight to carry to be the first at anything.”* We are grateful for these remarkable women, who carried the weight of being the first and in doing so, made history.

Learn more about other history makers in our state and support the AAMI by joining us for our annual History Makers Gala (save the date for September 29, 2022!). To explore other incredible figures featured in the AAMI Collection, visit our online database. 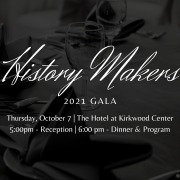 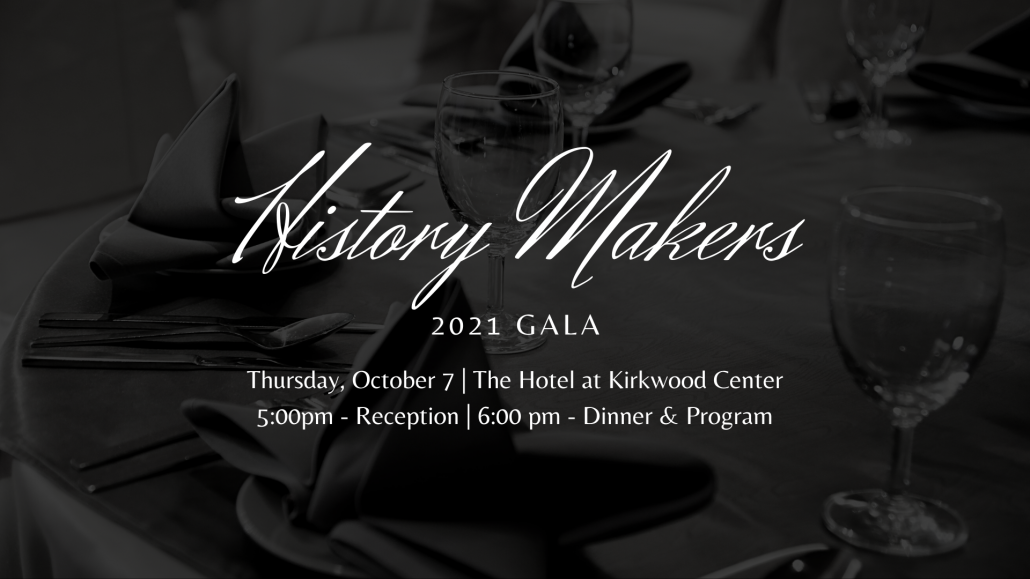 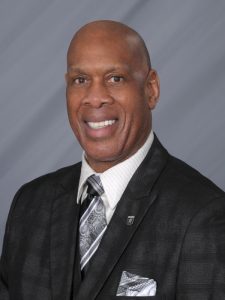 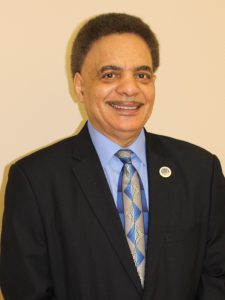 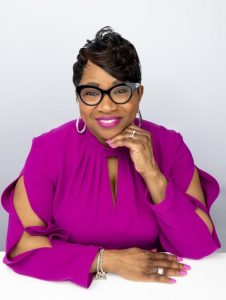 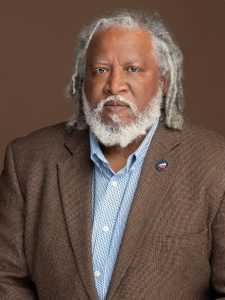 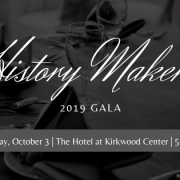 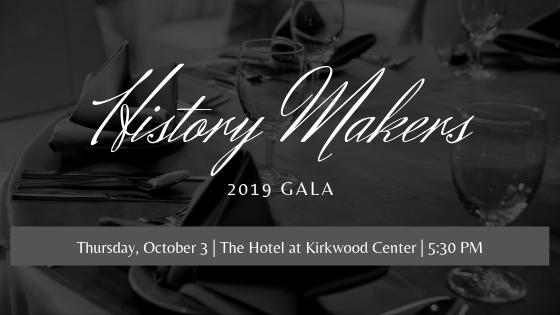 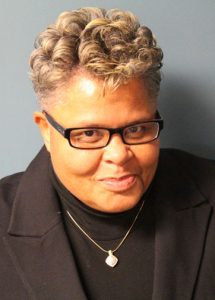 Lorinda L. Ampey is a vital leader in the community as the Director of Programming and Outreach at the Boys & Girls Club. She is living her dream working with youth and upholding the promise she made to herself after a very traumatic school experience. Lorinda’s promise was that if she ever had the opportunity to work with youth, she would never treat them differently because of the color of their skin. She has kept that promise throughout her career. Lorinda began her work with youth at the Jane Boyd Community House where she spent eight years learning how to successfully plan and implement youth programming with the help of Suzy Beshears. In 1998, after the tragic loss of her daughter, Briahnna, she took a hiatus from youth work until 1999 when she started her career again at the Boys & Girls Club.

Lorinda is a member of The Professional Association of Boys & Girls Clubs and has continued to educate herself throughout her career. She has received many accolades for her endless work in the community including the Viola Davis Yes I Can Award, the NAACP Outstanding Community Service Award, the Iowa Association for Colored Women Award, and the Arc of East Central Iowa Community Inclusion Award. However, if you ask Lorinda, she has received no greater accolade than the one she receives when a mentee goes on to be successful. She defines success, not by what you have, but by who you have become. 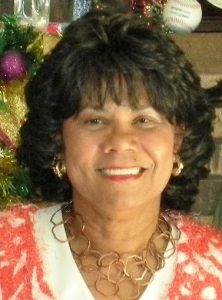 Marie Christian has over twenty years of experience as an educator, career counselor, consultant, and Prevention Professional. Her positions have included serving as In-Touch Coordinator for the Rock Island County Council on Addictions and Assessment Specialist for the Scott Community College Career Assistance Center. She has served as Project Director for federally-funded substance abuse prevention grants, CSAP and as an instructor for local colleges in communication, diversity/multicultural relations and other business subjects. Certified Surrogate Parent for Illinois Children. Marie is a recipient of several statewide Master Teacher Awards, as well as the American Association of University Women’s Scholarship. She has served on the Board of Directors for Girl Scouts and the Youth Service Bureau and is a member of several community governing boards, the Davenport Schools Curriculum and Development Planning Board, and the NAACP 2nd V.P. and Educational Co-Chair. 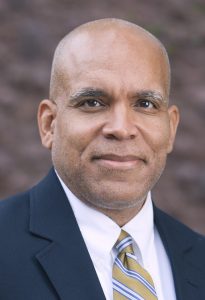 Dr. Raynard S. Kington has served as President of Grinnell College since 2010. Prior to Grinnell, he held multiple positions at the National Institutes of Health including Principal Deputy Director and Acting Director. Prior to NIH, he was a division director at the Centers for Disease Control and Prevention and a Senior Scientist at RAND. He is a member of the National Academy of Medicine, where he serves on the Governing Council. He also serves on the Board of Directors of the American Council on Education. He attended the University of Michigan, where he received his B.S. with distinction and his M.D. He received his M.B.A. with distinction and his Ph.D. with a concentration in Health Policy and Economics from the Wharton School of the University of Pennsylvania. His research has focused on social determinants of health and more recently on diversity in the scientific workforce. 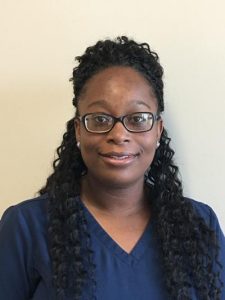 Registered Nurse, Bridget Saffold, is employed in an internal medicine clinic that treats kidney and diabetic patients. She serves as the coordinator of the Cedar Valley and Cedar Rapids Focus on Diabetes, a grassroots diabetes initiative endorsed by the State of Iowa’s Healthiest State Initiative, that partners with accredited doctors and world-class healthcare organizations to share the latest research, treatment options and free screenings with diabetic patients, their families, and the community.
Additionally, Bridget serves as the diabetes adviser for a 6.5 million-member, faith-based organization offering education and coordination support for their state, regional, and national conferences.

In June, she truly made history when she hosted a party for Presidential Candidate Senator Elizabeth Warren. That event marked the first time in history that a high-profile presidential candidate campaigned at someone’s home on the east side of Waterloo. During this event, Bridget shared her personal story and advocated for healthcare reform.