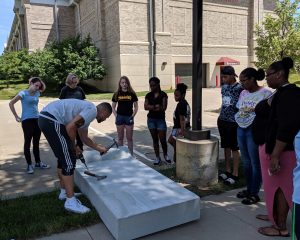 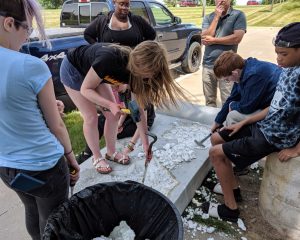 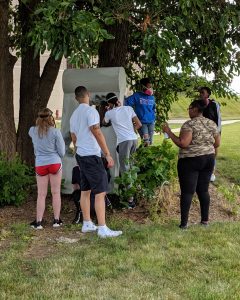 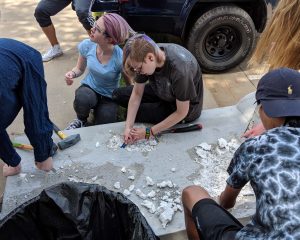 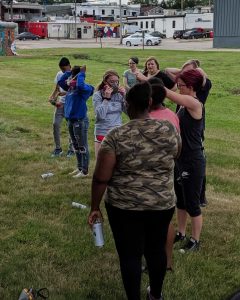 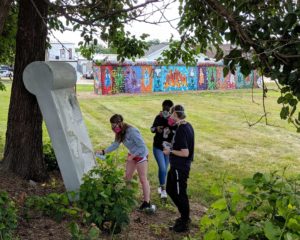 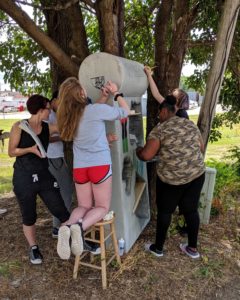 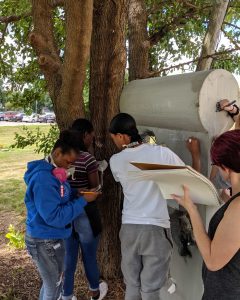 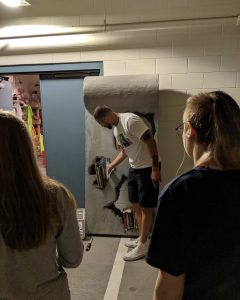 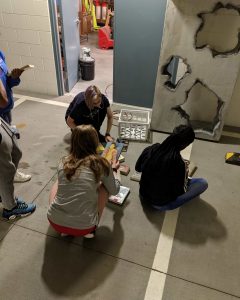 With Weber‘s leadership, the students had the opportunity to create a little free library out of a piece of “Berlin Wall” created as part of the NCSML’s Revolution 1989 programming. This allowed the students to grapple with themes of social justice, social protest, and counteracting systemic oppression with community good. 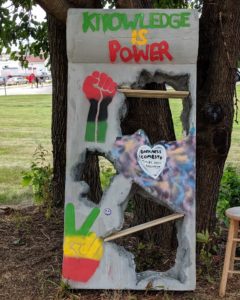 The Museum was also able to acquisition one of Weber‘s works, Nothin But Soul. This work, made of neon, repurposed plywood from a Des Moines crack house once operated by Weber’s family members, and enamel is now on display in the Museum’s lobby. The phrase “Nothin but Soul” is a quote pulled from the handwritten signage on temporary structures created to form Resurrection City, a march and six-week occupation of the National Mall in Washington, D.C. led by martin Luther King Jr. in 1968 for the Poor People’s Campaign. The neon text is an ephemeral nod to the Resurrection City movement. It floats atop a piece of plywood screened in the faded monogram and flower pattern trademarked by Louis Vuitton’s signature canvas luggage. Together, the phrase and pattern suggest desperate economics impacting homeowners in the present and the consumerism that can block self-resilient tactics in America. 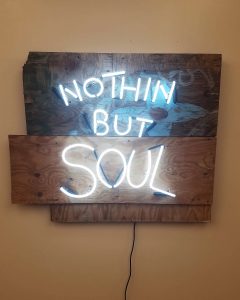 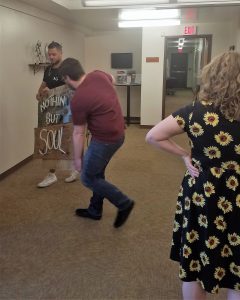 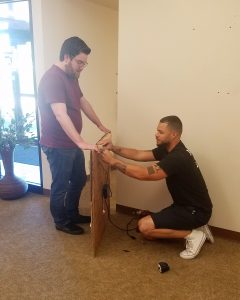 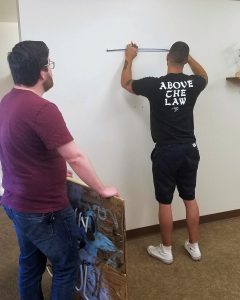 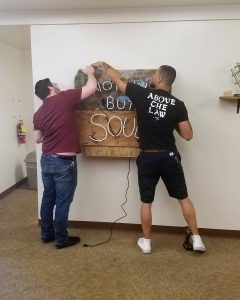 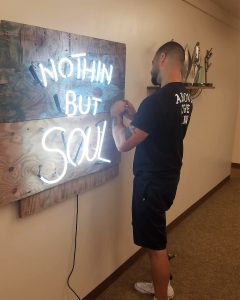